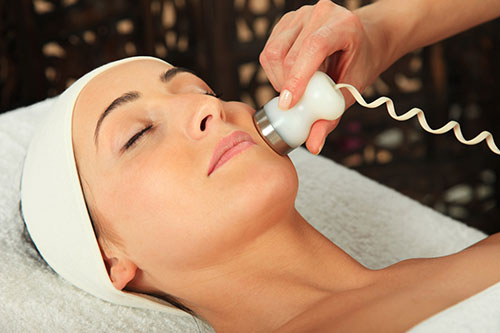 The first time lasers were used to treat skin conditions was more than four decades ago. Back then, carbon dioxide and argon lasers were most frequently used and their effects were remarkable. However, their effectiveness came with the major side effect of scar formation. During the last 20 years, major advances in lasers made the technology much more acceptable to use. Further developments have made lasers safer, more effective, comfortable and easy to use. Here are some of the latest breakthroughs in laser technology.

InnerLaserLift is a treatment used for tightening facial skin particularly in the nasolabial area. It makes use of a laser device called SP Dynamis which was originally intended for dental applications. SP Dynamis works from inside the mouth. The idea of using this laser device for dermatology purposes was actually accidental. While using SP Dynamis for dental treatments, specialists noticed the unexpected side effect of facial skin tightening where the laser energy was applied from inside the mouth. The laser device was later developed into a hand piece to be used intraorally to maximize penetration into the soft tissue.

Dermatologists recommend multiple sessions of InnerLaserLift depending on the patient’s age. There should be one treatment for every decade of age. For example, if the patient is 50 years old, he or she will require five sessions with an interval of at least two weeks. The improvements can last for up to a year. Maintenance visits are required to make the results last indefinitely. Aside from the face, SP Dynamis can now be used on the arm, stomach and thigh areas.

If there is one condition that even lasers can’t get rid of completely, acne is that condition. Acne is a very common skin condition characterized by the presence of overactive sebaceous glands. These glands are located underneath the skin so lasers don’t have that much of an effect on them. To solve this problem, specialists thought of using gold since it can strongly absorb laser light. Sebacia is an innovative procedure that combines the use of gold-coated sand and laser. The gold-coated sand is first massaged into the skin and is followed by the application of a hair-removal laser. The gold, which is now in the sebaceous glands, absorbs the laser energy and converts it to heat. The heat causes the sebaceous glands to shrink and become inactive.

While Sebacia can produce dramatic improvements, it can’t completely eliminate acne. It is a one-time treatment that requires follow-up sessions at an interval of at least 8 months. Sebacia can also be used to shrink large pores.

Tattoo removal is now much easier with the newly-developed technology called the picosecond laser. The laser is known by its brand name “Picosure”. The applications of Picosure are not limited to merely the removal of tattoos. It has been used recently for skin rejuvenation purposes. It helps smoothen and even out the skin tone of patients. According to clinical trials, treatment with Picosure laser can produce up to 75% reduction in wrinkles and skin discoloration. Experts say it takes around four treatment sessions to achieve the desired results.

One problem area that is not always easily accessible for treatment purposes is the fine lines beneath the eye area. This area can now be addressed by a special laser device called the E-Matrix Elos. E-Matrix produces laser energy that heats the area under the eye to stimulate collagen formation. Treatment time lasts around 25 minutes and there will be some pain, redness and swelling after each session. At least two sessions are required for optimal results.

Due to better understanding about how they work and advanced technology, laser is now an indispensable tool for dermatologists. A variety of conditions that were hard to treat in the past are now easily managed through the use of lasers. Different kinds of lasers, including the ones discussed above, are available to make the skin look younger and more beautiful. Of course, as with any kind of treatment plan, laser is not for everyone. Patients should consult with a board-certified dermatologist before undergoing any kind of laser treatment to determine if they are a viable candidate for laser treatments.