Meet the Woman that has Undergone 15 Lip Filler Procedures

Andrea Ivanova is a 22-year-old philosophy student that is very proud of a cosmetic procedure she has undergone multiple times. Her pride in having lip fillers is easily seen after taking a look at her Instagram page. Ivanova has undergone 15 lip filler procedures and, although she is not recognizable as being the same person in older photographs featuring her lips, she does not plan on slowing down anytime in the near future. Ivanova has stated in the past that she wants to keep having lip fillers injected into her lips until she has the biggest lips in the world.

As mentioned above, Ivanova loves to share news about her lips on social media. She recently told an English newspaper “I like my lips now more than before. I feel very good and very happy with my new lips because, according to me, with bigger lips I look prettier.”

She has lost count of the amount of money she has spent on the 15 procedures that augmented the size of her lips. Andrea Ivanova is from the city of Sofia, in Bulgaria, and she has visited almost every clinic in her home city that performs cosmetic procedures. Her cosmetic adventures (so far) have tripled the size of her lips and she does not intend to stop enhancing her lips in the near future.

When asked why she wants to have lips that are so big, she replied in her country, “the big lips are fashionable and there are many girls with fillers in the lips too.”

In order to achieve the full lip pout that she desires, Ivanova supposedly injects hyaluronic acid into her lips and makes sure to “refill” her lips whenever they begin to reduce in size.

Ivanova gets Feedback from the Public 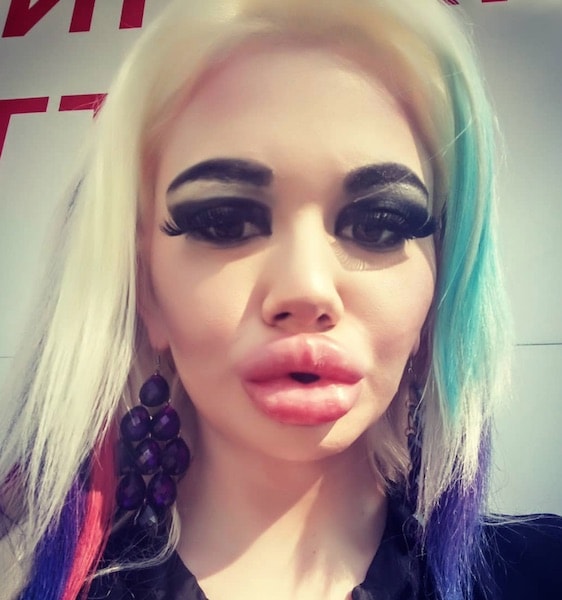 Even though she has thousands of followers on Instagram, Ivanova says she does receive some backlash from the public that is critical about the appearance of her lips. The public has even compared her appearance to Daffy Duck and the Loch Ness monster.

She told the newspaper “I get thousands of compliments on my lips and on my outfit and on my vision and style every day from people all over the world. I have both positive and negative comments, but women write most of the negative comments.”

There have been some past photos of Andrea that have appeared online that show her appearance before the transformation of her lips. Her appearance included less makeup, natural eyelashes and brown hair. While this was her natural look, Andrea was not happy with her appearance.

“I’m broad-minded and I think people should be free to choose which one is for them – big, bigger or too big. There are no boundaries for me.”

Ivanova likes to think of herself as being different and unique while also having an individual style and vision that does not rely on copying or imitating others to achieve her look. She is proud of how she looks and the fact that she doesn’t look like anybody else.

“I’m glad the universe gave me the chance (for) many people to see me and to know that I exist and I want to tell people: Be happy and do what you like. Don’t let others restrict your choice.”

Cosmetic lip fillers are very popular because they can be injected into the lips in as little as 15 minutes. The result is lips that are plump and enhanced.

The most common substance used in lip fillers is hyaluronic acid which is a substance that naturally occurs in the body. Since hyaluronic acid naturally occurs in the body of the patient, there is little chance of the patient having an allergic reaction to the filler. The injection of lip fillers is normally performed using lidocaine which is an anesthetic that helps to minimize any discomfort during the procedure.

The results of lip fillers occur almost instantly but some of the results that are instantly viewed are the result of swelling. The full results can be seen after the swelling goes down and this takes about four weeks. The final results can last anywhere from nine to eighteen months. Patients will need to have additional lip filler placed in the lips to maintain the results.

While many patients are happy with their final results, there are some patients that do not like the appearance of their lips after having lip fillers injected. Since lip filler results are not permanent, the patient can simply wait until the lip filler is naturally absorbed by the body. If the patient does not want to wait that long, the doctor can simply inject an eraser enzyme called hyaluronidase that works to dissolve the filler within a few minutes after it is injected into the lips. 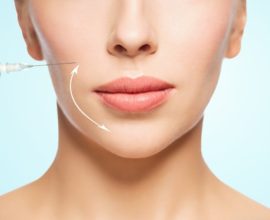 How to Choose the Right Filler for Your Body 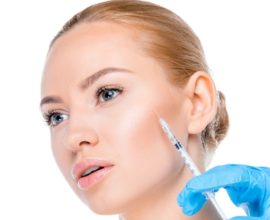 Botox and Fillers – Know the Difference 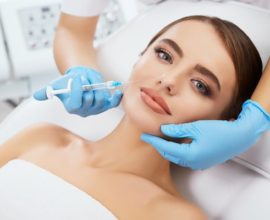 Facial Fillers & COVID-19 – Cause for Concern?