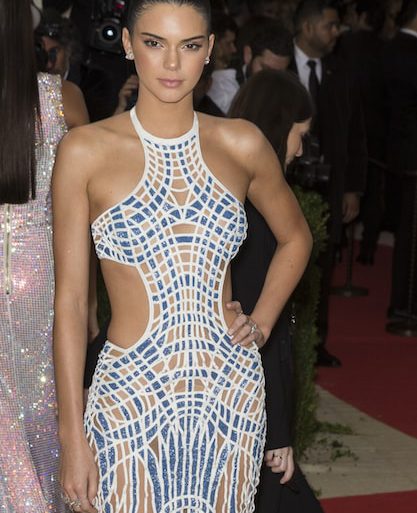 Kendall Jenner is well-known for her love of being “tits out”. Her love for dressing on a daily basis without wearing a bra is so popular that she is inspiring other women to undergo cosmetic surgery. The goal of this plastic surgery craze is to get a pair of “designer nipples”. The goal of the designer nipples it to be able to go braless with the nipples looking erect or pointed through the top the female is wearing.

One of the plastic surgeons across the country that specializes in creating designer nipples is Dr. Norman Rowe. During a recent interview with the New York Post, Rowe said that many women are hoping to change the shape, color and firmness of their nipples so they can have nipples that protrude at all times. A good number of these ladies look to Kendall Jenner as their inspiration since they like the overall “pointiness” of her nipples.

In order to provide patients with the results they desire, Dr. Rowe uses fillers that give results that last up to a year. These types of fillers are used because they last longer than a treatment like Botox which only lasts for 3 or 4 months.

As with any cosmetic surgery that has caught on in popularity, patients interested in the procedure want to know if it is safe to undergo. As of the publication of this article, there is not a lot of data related to the study of fillers injected into the nipples. The lack of hard data makes it difficult to determine if it is safe to use fillers in the nipple area.

In addition, there is not much information related to how the injection of fillers into the nipple area will impact a person in the future. Some of the risks that might possibly occur include infections, inflammation and an impact on the ability to breastfeed.

There have been some reports about a decrease in nipple sensation following fillers but the sensation eventually returned after the fillers left the system.

Female patients like the results they get from the treatment because they enjoy the sensation of the “nipple pointiness” being obvious while the nipples are still hidden from the view of others. Many patients have described themselves as feeling sexier and more feminine after undergoing the treatment. The fact that the breasts are highlighted through their clothing, rather than being on full display to others, is a big selling point to patients.

It should be noted that the “designer nipple” craze isn’t exactly a new trend in cosmetic surgery in 2018. Last year, Rowe told a newspaper that requests for the procedure were on the rise at his office. In addition, the Huffington Post did a report in 2017 on a plastic surgery firm in the Midwest that saw their requests for designer nipples increase by almost 30% over previous years.

As with many types of plastic surgery, celebrities are leading the trend, While Kendall Jenner is often viewed as the leader in the designer nipple trend, other movie and TV stars like to highlight their bodies by wearing tops that are sheer or thin.

Patients often arrive at the office of their doctor with photos from magazines of the type of nipples they want to have on their bodies. They also want the ability to want to wear see-through dresses with confidence. They hope that getting designer nipples will boost their self-confidence and make them feel more feminine.

Dr. Rowe also told the newspaper that one of his recent patients was hoping her new nipples would “constantly make her feel like a woman”. Rowe definitely credits the desire for designer nipples to the influence of celebrities on others. Rowe told the newspaper that, since a more prominent nipple has become a very popular look as well as a trend, that a large number of his patients have a desire for a look that can best be described as “high beam or headlight” in its appearance.

The designer nipple trend does not show any signs of slowing down for Dr. Rowe or other surgeons across the country. As long as celebrities like Kendall Jenner have a desire to #freethenipple, the trend will likely continue to be popular. 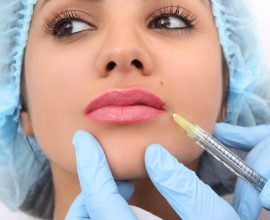 Meet the Woman that has Undergone 15 Lip Filler Procedures

Facial Dermal Fillers – Everything You Need to Know

Injectables Information You Need to Know